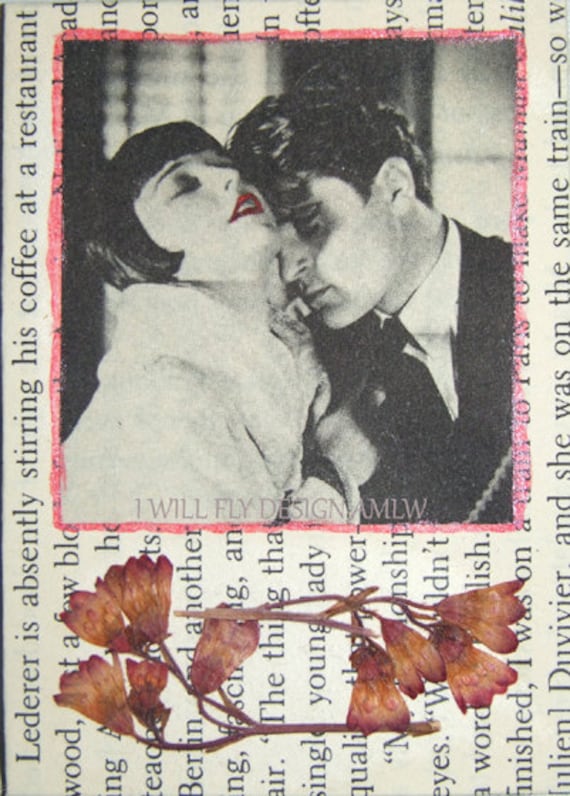 It always frustrates the heck out of me when artists (in any medium) claim to function in a creative vacuum. Like musicians who say they don't listen to any music from other artists. What a pity! To not experience the great body of art that is out there seems like a shame as well as an outright lie. No one will think less of your music if you listen to Mozart and are inspired by Etta James.
I am constantly inspired by other artists, from all genres. One of my favorite sources of inspiration is fashion history. Sometimes I will pull an embellishment idea from a Regency gown, a neckline from an Ottoman coat, or a colorway from a flapper's fringed skirt.
Here is an example of an inspiration that is much more direct than many of my designs.
This wool and silk tuxedo vest for the shop was inspired by a lovely Norman Norell suit from the 1960s. Here they are together: 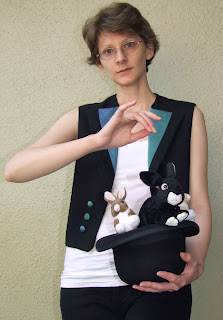 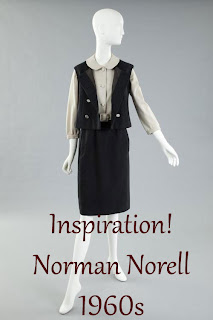 I can take absolutely anything and make it nautical. Sailor collars and stripes all around! Nautical jackets! Nautical rompers! Nautical toaster ovens! Nautical push brooms! Hmm... maybe not everything...
I've been lucky these past few years, as sailor-inspired fashions have been popular. I can almost always count on my sailor collars and such to find a happy and obliging audience. Now, this hasn't always been the case. A few years back it was nearly impossible to find anything with big bold stripes on it. Why, I had to shop for my Prisoner-inspired wardrobe very very carefully, indeed! I am thankful for the uptick in rockabilly-resort-whatever style that has brought my love of all things sailor to the mainstream.
But... what is it about nautical style that I love so much? I ... really don't know. I think it's timeless and fun and flirty and Spring-time fresh and clean. Plus, I love the sea, the coast, beaches, and standing on cliff-tops pretending to be the captain of a jaunty frigate. Or something of the sort, anyway.
Anyway, yo ho yo ho, hoist the mains'l and etc etc.

I didn't just have to look up how to spell "mains'l" by the way. That probably says something ... 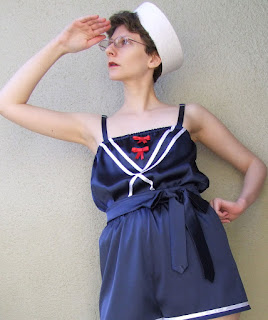 and I've owned this hat for something like fifteen years.
:P
Posted by I Will Fly at 3:56 PM No comments:

Labels: anchors aweigh, I should really just give it up and get a sailboat tattoo, nautical, navy, ocean, sailor, sea

Summer in the City shrug
Originally uploaded by I Will Fly design
Sometimes there is just no winning with a project. Sigh...
Some time in the past year I sketched out this design for a shrug, made in natural speckled grey linen with off-white silk organza overlays. I couldn't find the linen that I wanted for a while, but eventually it turned up in my favorite local fabric store and that's when the real fun started.
Originally I had planned to gather the sleeves in to the binding at the cuff in the regular way. But after I was already halfway there I realized that gathering it would make it completely impossible to iron the pleated overlays when it was washed, or after taking it out of storage. I really don't like to send designs out in to the world that are not going to last or that can't be cared for. So then I had to rethink and re-engineer the whole silly thing.
Eventually I thought of the idea I used here, which is to gather the cuffs in to shape with a series of loops and buttons that could be released and rebuttoned as required.
With the thinking out of the way the construction then entered in to a series of small but nearly fatal catastrophes. After two weeks or so I am happy to announce that it is finally done... and that I never want to see it again in my life, thankyouverymuch.
Posted by I Will Fly at 5:56 PM No comments: